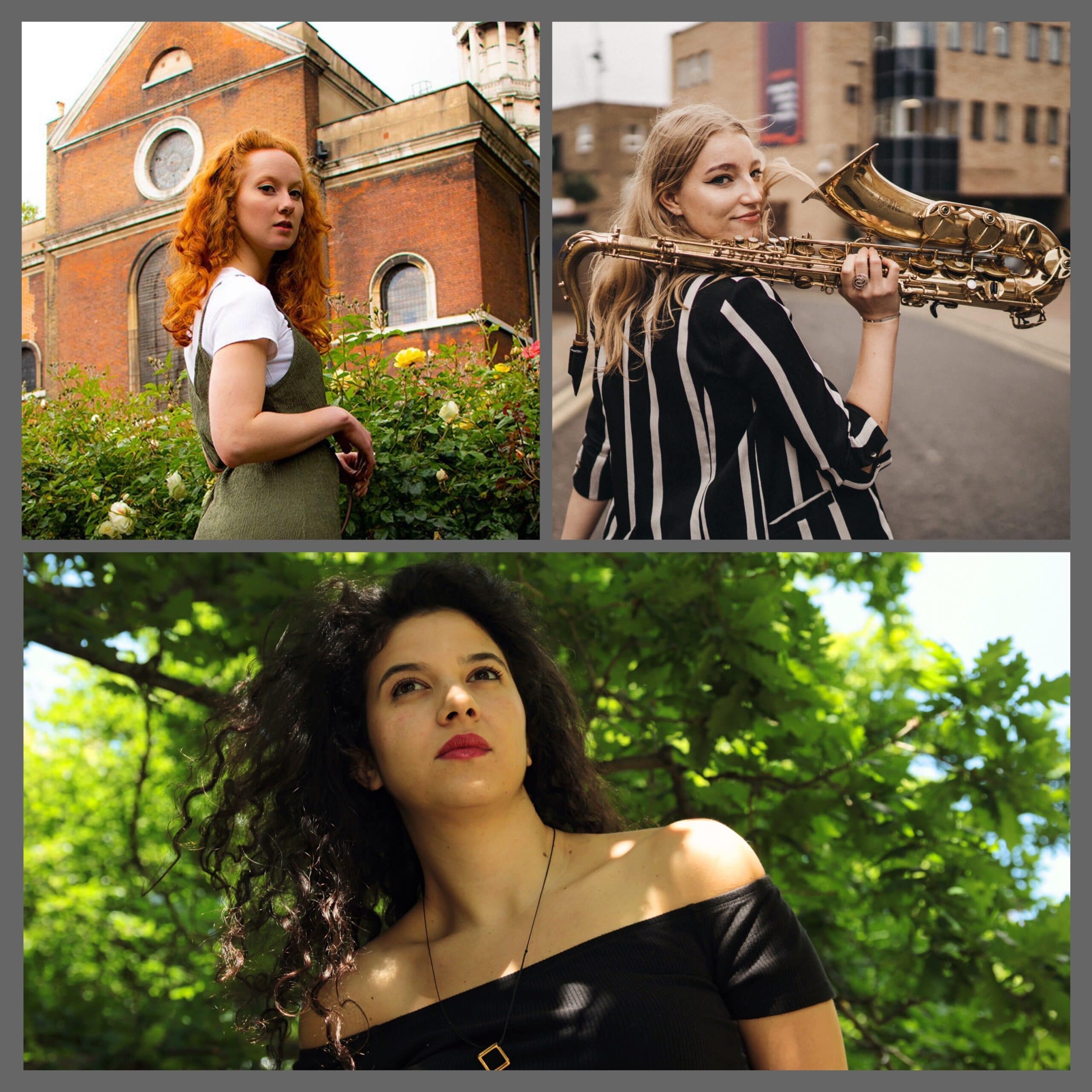 Maria Grapsa leads a quintet of young exciting musicians from the thriving UK scene and is set to release her debut studio album later this year. Her music is influenced by cinematic themes; pushing the limits of improvisation within the jazz idiom and beyond.  Maria’s classical music background, Greek origins and world, folk, middle-East and Latin influences, all meet the jazz tradition in a unique way. She has performed in prestigious venues and festivals such as Southbank Centre, Birmingham Symphony Hall, Jazz Café, Wilderness Festival and has shared the stage with Gary Crosby OBE, Daniel Rollins and Tim Berne. Maria is a Scholarship Jazz Masters alumna of Royal Conservatoire of Birmingham and a recipient of the Help Musicians Transmission Fund 2021. She won Alternative Act 2019 (LUKAS awards) with her bandmates at the time (Colectiva), while they released her tune (Under The) with Movimientos Record Label.

Featuring Liam Brennan (alto saxophone), Matthew Kilner (tenor saxophone), Kai Chaurensy (drums), Tommy Fuller (double bass), Maria Grapsa (piano, compositions & arrangements)- this band is already making an impact in prestigious venues such as Birmingham Symphony Hall and Birmingham Jazz Festival. On this occasion Maria invites Emma Rawicz, an award winning young saxophonist who has been described as ‘a force to be reckoned with‘ (Jazzwise) and ‘a fast rising star‘ (London Jazz News) and vocalist Becca Wilkins (London Vocal Project, Olivia’s Murphy projects), a versatile musician with an assured sense of style and a poised approach to vocal musicianship whose own project has been portrayed as ‘a real energy and joy in their performances – they will always captivate audiences’ (Tony Dudley Evans).